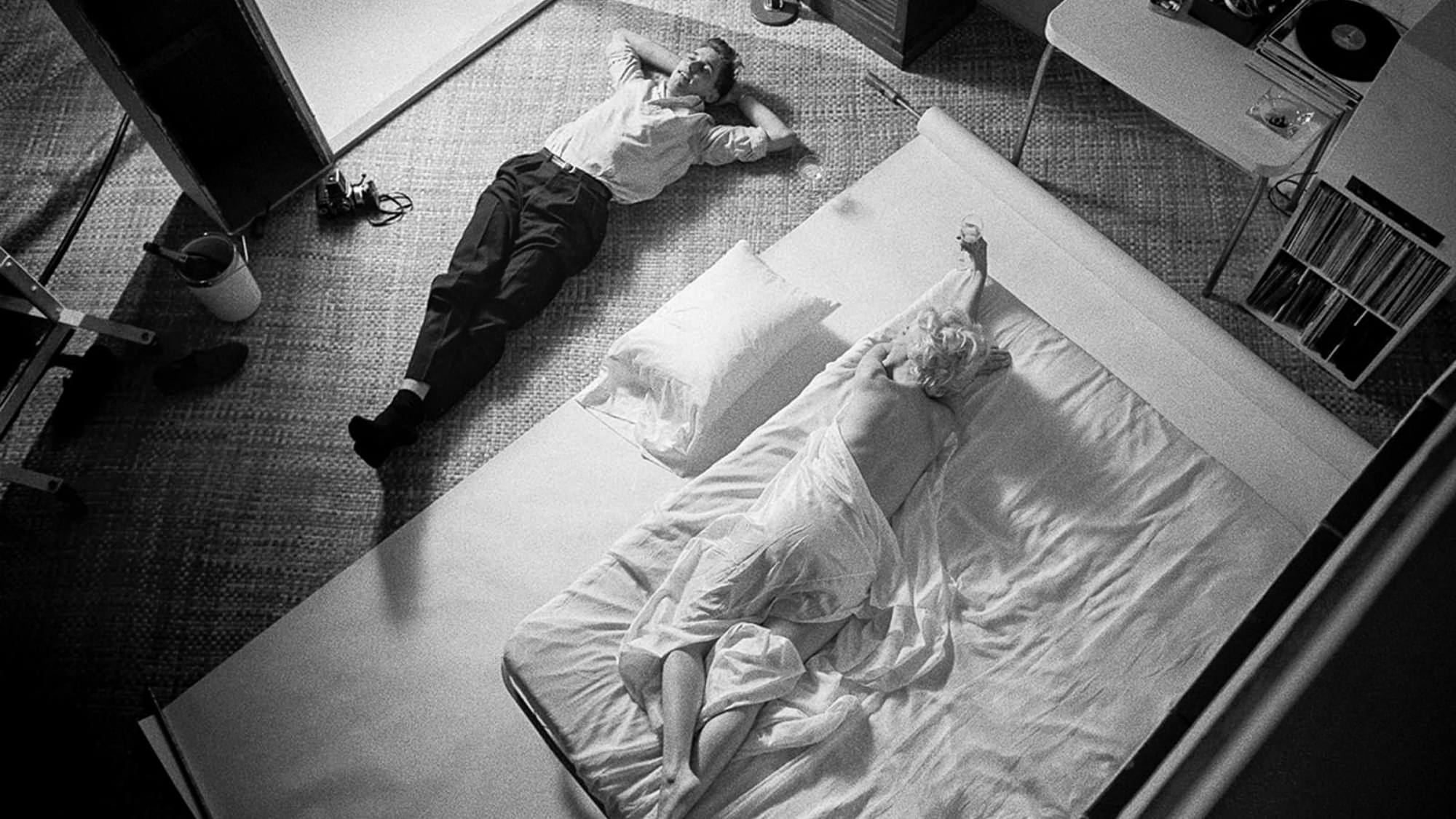 Marilyn Monroe , pseudonym of Norma Jeane Mortenson Baker, was a singer, model, film producer and one of the most famous actresses in the history of cinema.

Douglas Kirkland was born on August 16, 1934 in Fort Erie, Canada.
He began his career as an assistant to the legendary Irving Penn , joined the staff of Look Magazine in his early 20s and Life Magazine during the golden age of photojournalism in the 1960s and 1970s.

At 27 years old, Douglas Kirkland was sent to Hollywood to photograph Marilyn, on the occasion of a special 25th anniversary issue of Look Magazine .
Here is the story of that special encounter, accompanied by my analog portrait shoot in the studio , inspired by the shooting of the master Duglas Kirkland who made Marilyn Monroe immortal.

"I know exactly what we need: a bed with silk sheets, a bottle of Dom Pérignon and a Frank Sinatra record," Marilyn told me.
She did everything: the newspaper wanted to put Marilyn on the cover, but she asked me for an idea: she had clear in mind what she wanted already at the moment of our first meeting ». 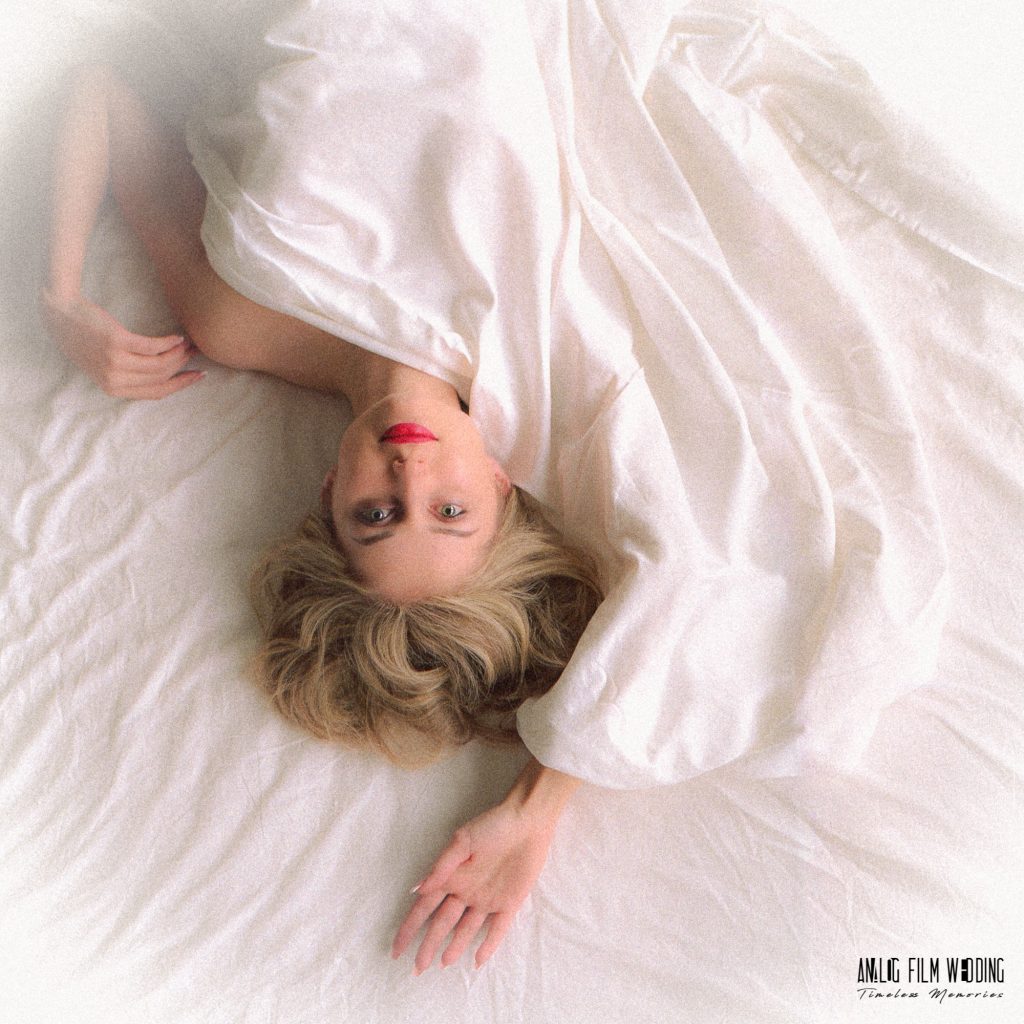 «The next evening, it was November 17, 1961, I was waiting for her with my assistant in the Hollywood studio I had rented to shoot: she was supposed to arrive at 7 but she showed up at 9.30.
I immediately understood the reason for her success: she was radiant, sensual, and very seductive .
I started shooting from above, but after a few minutes Marilyn sat up on the bed, covered her breasts with the sheets, and asked the assistant out: “I want to be alone with this boy – it usually works better.”
I kept shooting, using the camera as a shield , but at one point Marilyn said, “Why don’t you come over here to me?”
At that point the invitation was explicit ». 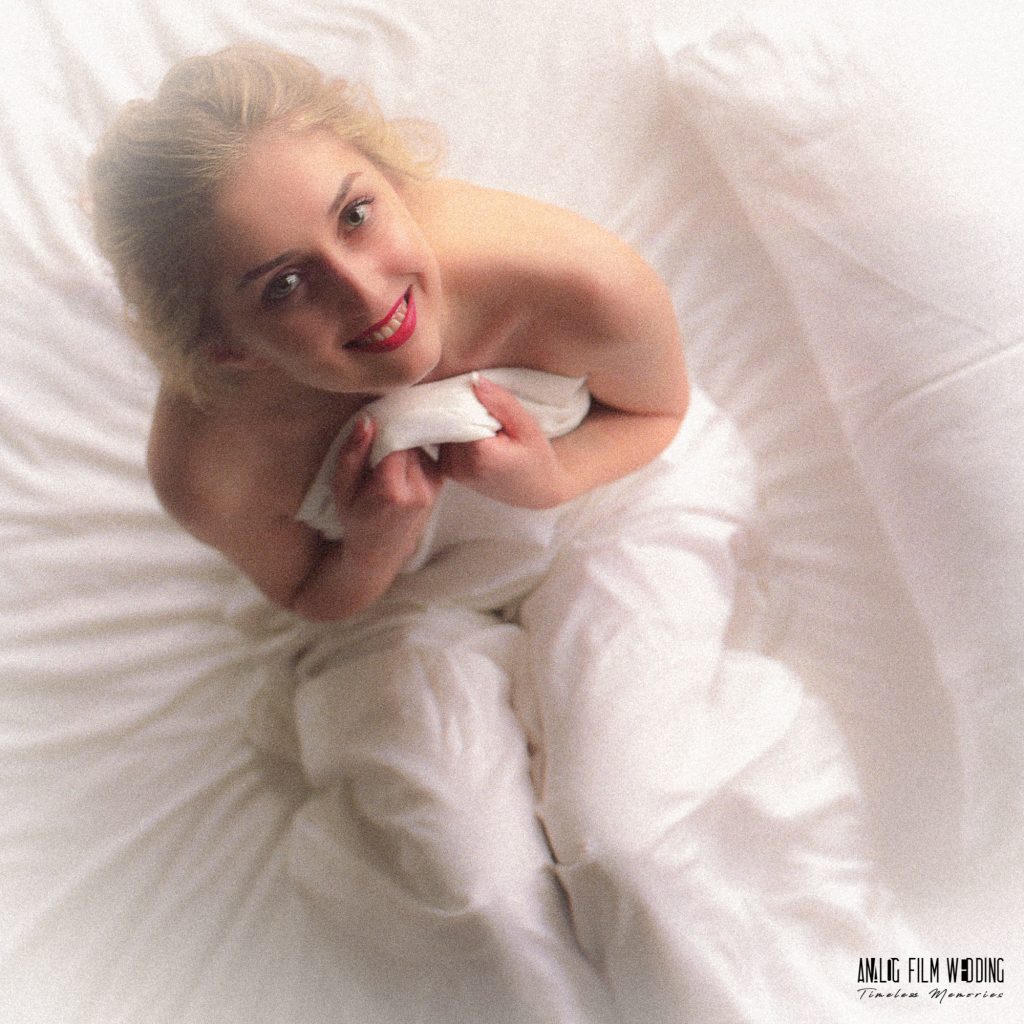 “I’ve always wondered why I didn’t accept it.
I guess I subconsciously knew that all that sexual energy that had built up between us would remain in the photos if I kept shooting .
Now I’m sure I’ve done the right thing .
Eventually I lay down on the floor next to the bed, and it was a bit like we had really made love.
We began to talk about our life : she told me that she got married at 16 only to escape foster care with a family she did not know, I told her that I had met my wife in high school “. 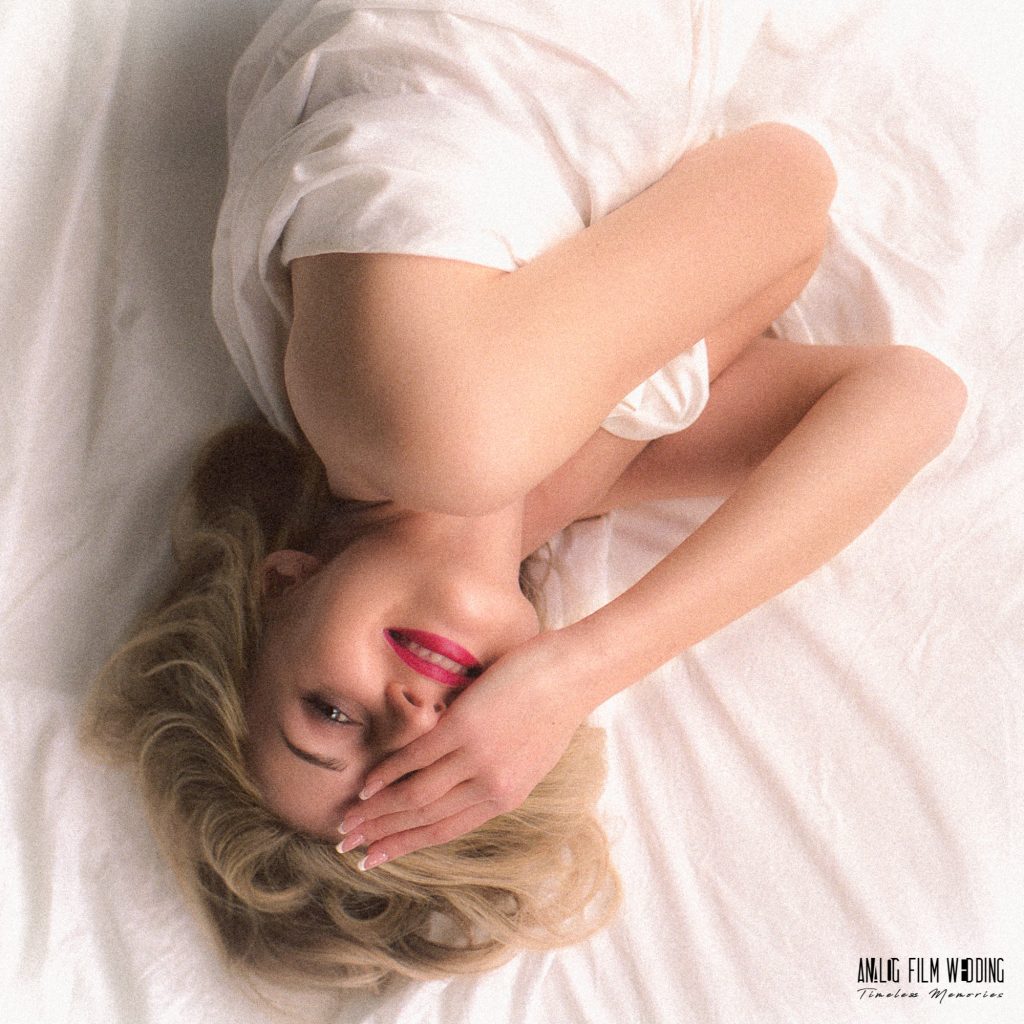 “I’ve seen Marilyn three times in all, and each time it was like meeting a different person .
The first time, when he suggested the idea of naked photos in bed, it was like meeting a sister : she laughed a lot, joked, made fun of me.
The second time, when we shot, he was the superstar the whole world wanted.
Last time, when I brought her the photos, she was in a bad mood, very tired .
She wore black glasses and a scarf to cover her head.
I put the photos on the light table and she asked me for the lens to look at them.
I had forgotten it, and she sent me to buy it in a shop that was open in the evening: “Take a felt-tip pen and a pair of scissors, too,” she told me.
When I got back he looked at all the photos in five minutes, then left the room and when he came back, a couple of minutes later, he was no longer wearing his glasses.
” There are some good ones , but I don’t want these,” he said, starting to put all the discarded ones aside. “ 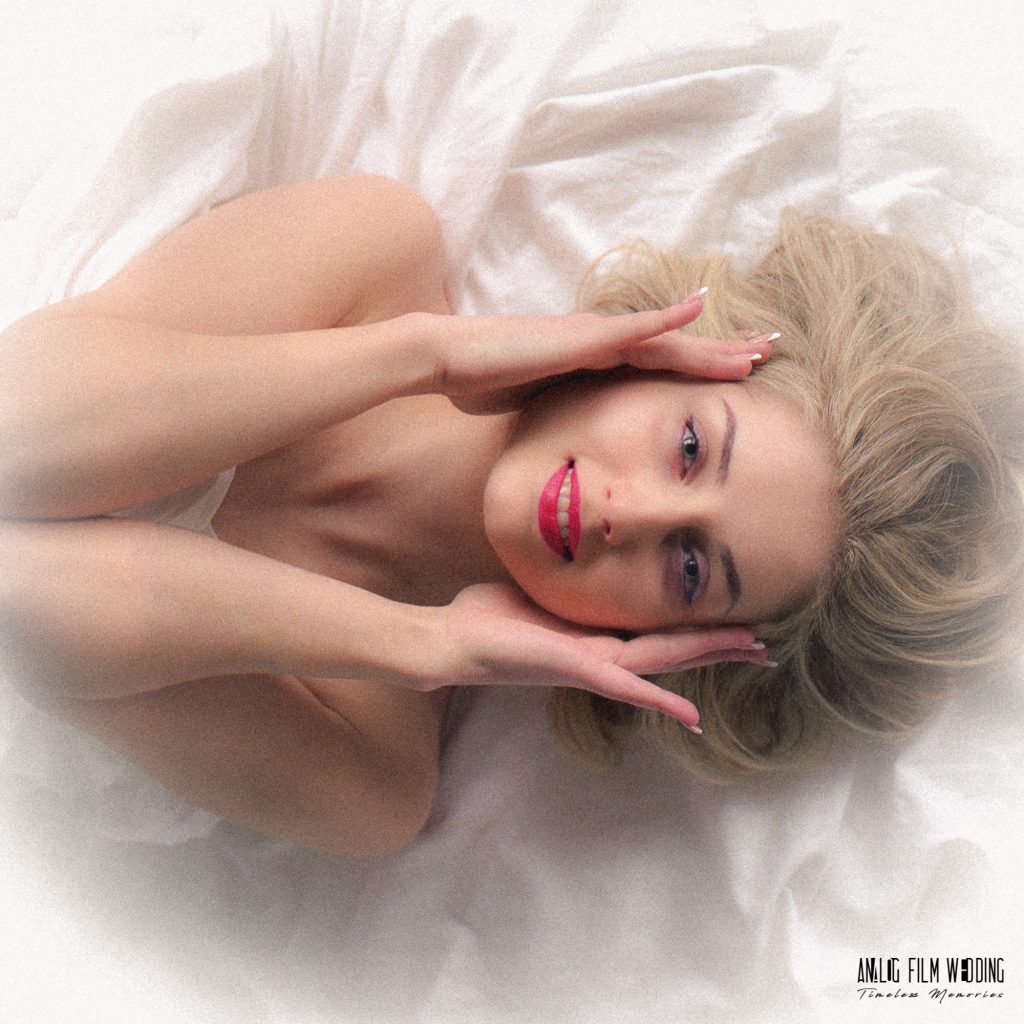 “Then she took the scissors and started cutting out the photographs she didn’t like.
Soon after, he began to select the images he liked instead, and pulled out the ones he liked best.
Looking at her was fascinating , it was like witnessing live the thought process that had led that provincial girl to become Marilyn Monroe .
At that point he was smiling: pointing to the photo in which he was hugging the pillow , he said it was his favorite.
” I like this girl because she’s the kind of woman every man would want to be with: the woman even a truck driver would want to sleep with.” 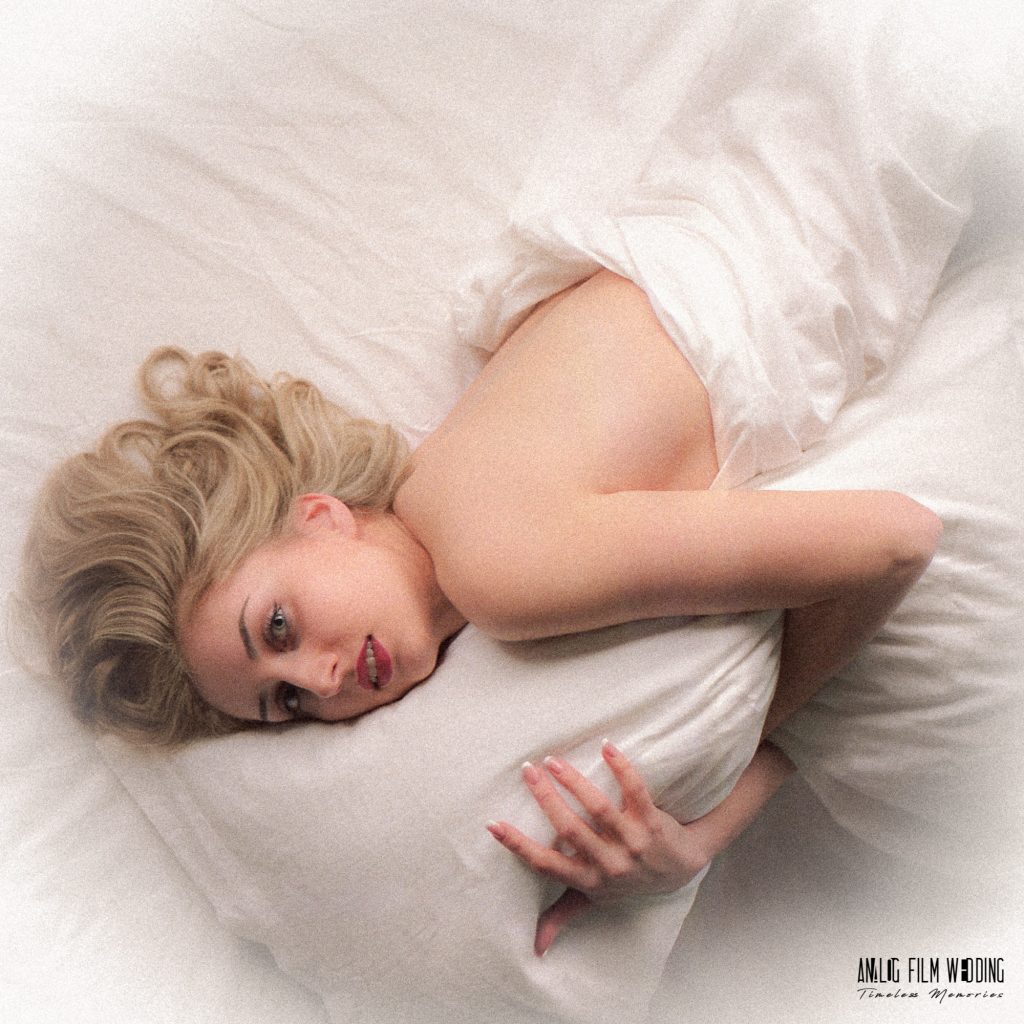 The photos are released on November 17, 1961, just six months before Monroe’s death .

These images made me love photography and made me buy my first reflex camera when I was 15 years old.
This year, on the sixtieth anniversary of her death, I wanted to pay homage to the diva and the work of master Douglas Kirkland with this analog studio portrait shoot made with my Mamiya 645 AFD and the 80mm 1: 2.8 .
The photos were taken in the studio ( LOFT STUDIO VICENZA ) in ambient light with Kodak Portra 400 film and then scanned with Epson Perfection V550 Photo .

Can’t wait to take the negatives to the darkroom! 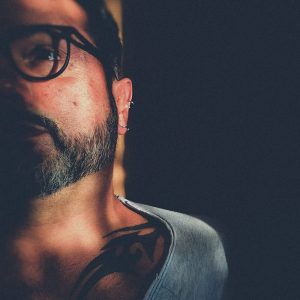 I am Mauro Pozzer, a wedding photographer with more than 25 years of experience. 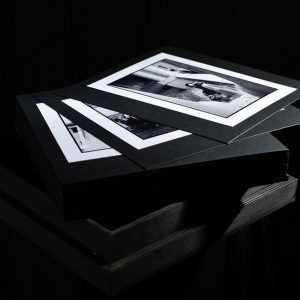 Film photography is the most antique technology to print images. 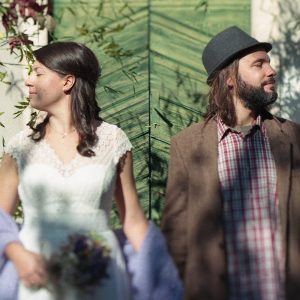 Galleries of images, stories, and experiences of couples who chose film photography 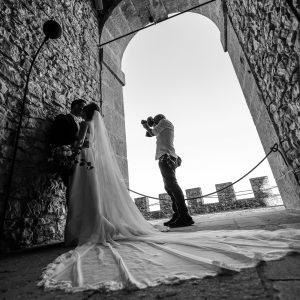 Do you want to receive a customized quotation? Write me! 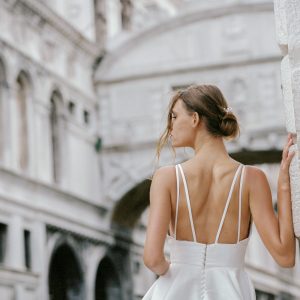 Questions and answers about analog wedding photographs and film shootings

Do you have any questions? 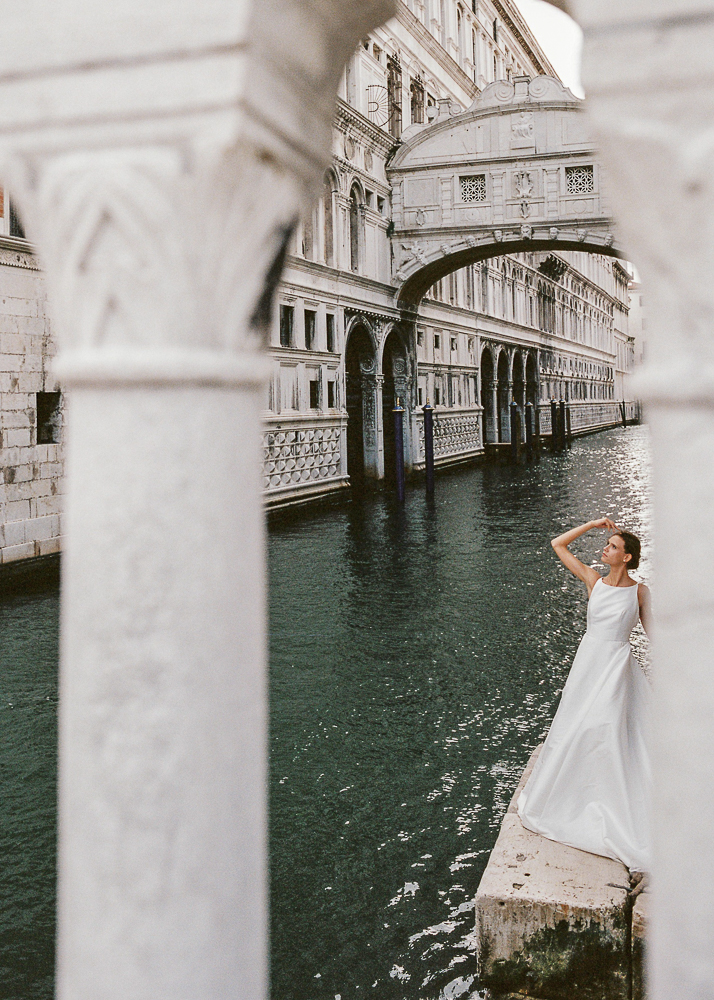